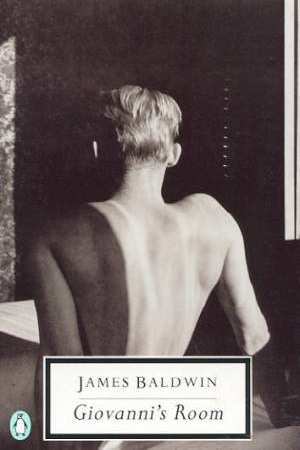 ‘You know very well,’ said Giovanni, slowly, ‘what can happen between us. It is for that reason you are leaving me.’

Set in 1950’s Paris, Baldwin’s lyrical, melancholic prose serves to tell an incredibly moving story of lost love, heartbreak and a huge struggle in identity. Through the use of first- person narrative the novel allows us to explore American- born David’s experiences as he struggles to conform to American ideas concerning marriage, masculinity and homosexuality upon realising that what he has with Giovanni is far more complex than a fling. Baldwin expertly portrays these struggles through his non- linear narrative. It is through this that the reader is able to understand the power of the ideologies and conventions of David’s home as we see him struggling to continue to conform by being with Hella, while simultaneously continuing to see other men. It is this dishonesty to both himself and others, and the complete self- loathing that is almost the foundation of his character, that sweeps the characters into complete tragedy, and allows Baldwin to make his point so powerfully.

As well as highlighting conflicting and contrasting feelings within David, Baldwin interestingly contrasts the wants and beliefs of David and his male lover Giovanni. While David continually convinces himself that what they have is nothing more than something he will later escape, Giovanni cannot bear the idea of David leaving despite knowing that he eventually will. It is in this contrast that a reader can best see the difficulties that David’s attempted escape will bring to the both of them. As well as adding to the foreboding and melancholic tone of the story, this also allows Baldwin to continue to highlight the issues that problems with identity, particularly with regard to masculinity, will continue to have in a world where heterosexuality is considered the norm.

The presentation of Hella as a character not only continues to allow Baldwin to articulate issues surrounding masculinity, but also allows him to highlight women’s rights issues. Not only does he do this through the voice of Hella herself on her return from Spain, but he also represents this through David’s dismissal of her claims on this very topic. Through doing this, he also continues to present David as a character that is not particularly likeable, but one that, through his clever writing and storytelling, we can still sympathise with completely.

This novel was the first James Baldwin novel I read, and I truly think it will stay with me for a long time. I am in awe of the lyrical prose and the representation of the different issues present, and this will certainly not be the last Baldwin novel that I read.