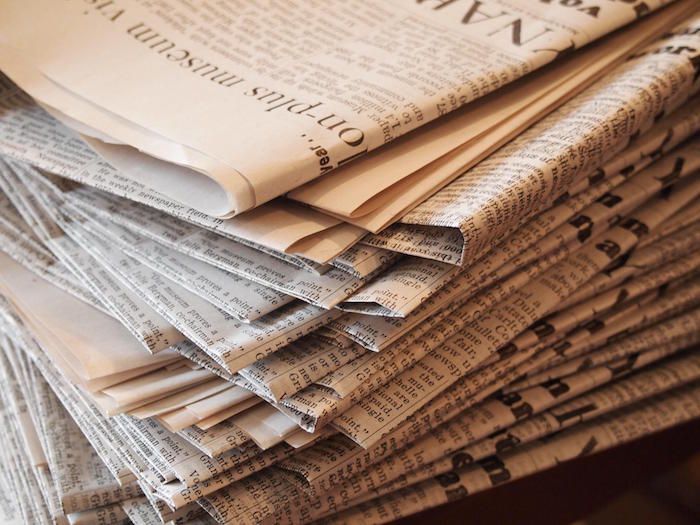 Red, White and Royal Blue is an enemies to lovers novel that follows Alex, the first son of the United States, and Henry, the Prince of Wales, as they slowly realize they are in love yet have to hide this from the world due to their respective statuses. There is a hopeful tone throughout the novel in the creation of an optimistic alternate reality in which America is lead by a female president and an incredibly diverse white house team, making for a pleasant and lighthearted read. This lightheartedness and humor is perfectly balanced with thoughtful and heartfelt explorations of issues such as grief, drug abuse, and the bravery it takes to be who you truly are.

The main romance of the novel was written incredibly well, and perfectly reflects McQuiston’s skill in achieving a perfect balance between humor and the appropriate way to approach more difficult subjects. Henry and Alex are seen to consistently support each other, and actively work through their problems in a healthy and meaningful way. Pursuing this relationship is high stakes; they are aware of the backlash they could receive and the ways their actions could impact those around them. Yet they tackle this together and they tackle it well, and I became completely and utterly invested in their narrative.

The aspect of this relationship that I loved most was it not overshadowing the troubles of each character despite it being the key focus of the novel. Both Henry and Alex have their respective issues and are both under a lot of pressure, yet McQuiston ensures that the relationship between the two only aids their journey through this. Henry is a character that has been consistently shamed throughout his life with regards to his sexuality, and has been told that due to his position he must marry a woman and suppress who he truly is. Alex is a character that spends time coming to terms with his bisexuality and his direction in life. Together, these characters work through these issues and, with the help of their friends, change and develop for the better!

The exploration of queer history was integrated into this novel brilliantly. Through the addition of letters from individuals such as Hamilton and Vita Sackville- West the author is able to represent the key idea that queer history should not be erased and should instead be taken note of. Henry’s keen interest in this subject was particularly touching, and quickly made him one of my favorite characters!

Furthermore, the side characters were diverse and, for the most part, were written relatively well. However, I did have an issue with June and Nora. I loved these characters, but I found their personalities to be far too similar and frequently mistook one for the other right until the end of the novel. The same was true of Zahra and Amy in the first half of the novel, which thankfully rectified itself in the latter half of the novel. That said, the representation was diverse and brilliant, and I did particularly love other side characters such as Bea and Pez.

Something I feel the need to note is how odd the English royal family’s dialogue can be in this novel. Reading Henry, the Prince of Wales, using terms such as “oi” was hilarious in its unrealisticness. I understand that the author wanted to ensure that we knew that they were British through the ways in which they spoke, but to me it felt like they were trying slightly too hard. This is only a minor grievance and was one that I found rather funny anyway, so it didn’t do much in the way of lowering my opinion of the book.

Overall, this was a fun and enjoyable read that dealt with the political scene well and provided a sense of optimism that is much needed in this day and age!

I would love to hear your opinions on this book below in the comments!

“The next slide is titled: ‘Exploring your sexuality: Healthy, but does it have to be with the Prince of England?’ She apologizes for not having time to come up with better titles. Alex actively wishes for the sweet release of death.”